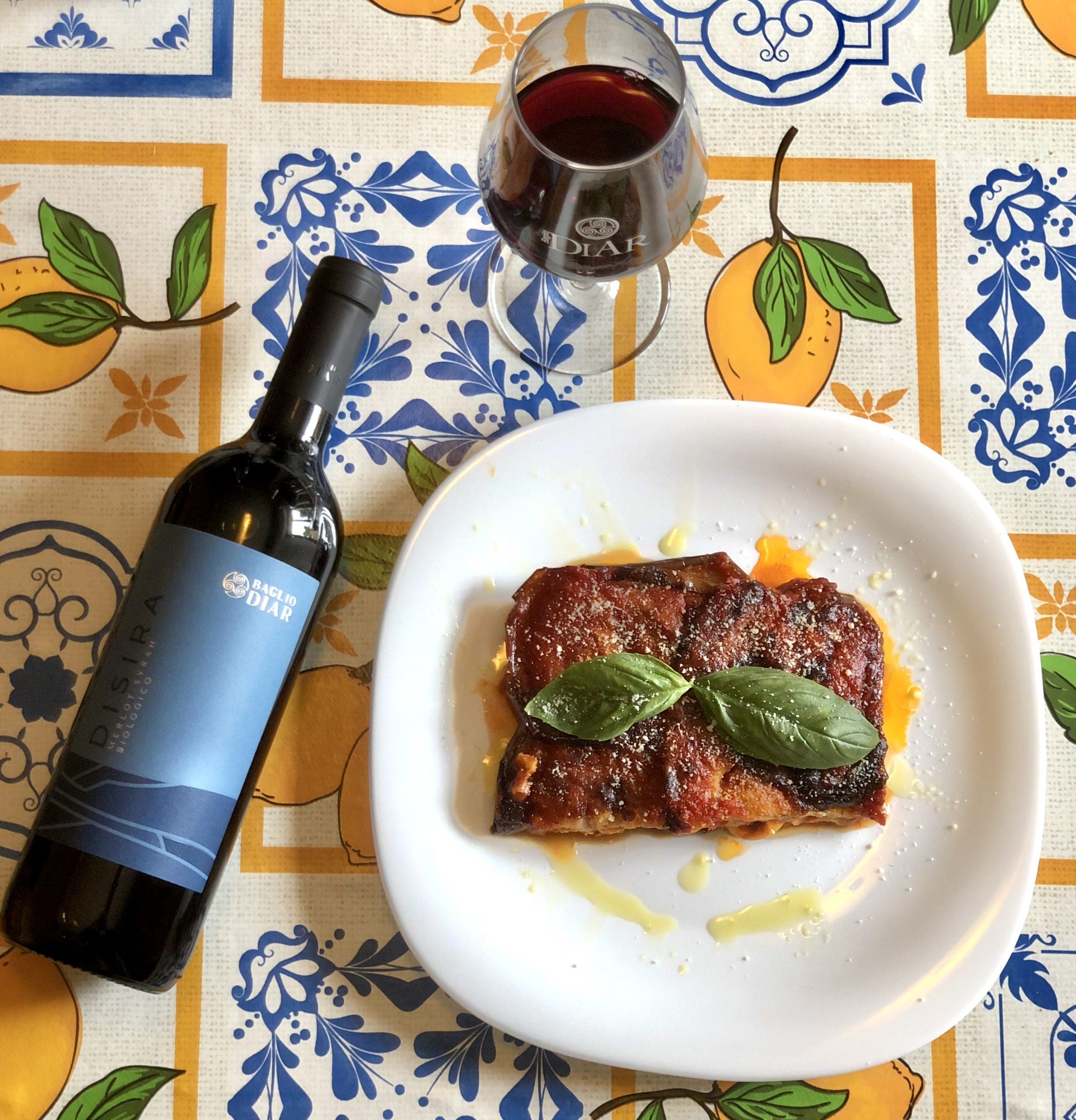 Parmigiana di melanzane is a “classic” of the Italian traditional food and among the dishes most imitated in the world. However, there are still different opinions regarding the region where the popular recipe comes from.

The word “parmigiana” in Italian means literally “from Parma” and this is just one of the reasons why Emilia Romagna is between the regions claiming the paternity of this dish. Moreover, the use of parmesan in the recipe makes think about the same region of the great cheese but, when parmigiana di melanzane was created, it didn’t exist in Emilia Romagna yet.

The first evidence of parmigiana di melanzane dates back to 1733 when Vincenzo Corrado, a Puglian chef who was working in Naples, included in his book a recipe that reminds the famous dish. Although among the ingredients there were no aubergines, replaced by zucchini, the book has motivated people from Campania to believe that parmigiana di melanzane was created in their region. To strengthen this hypothesis there is a book of Napolitan recipes written by Ippolito Cavalcanti in 1839 called “Cusina casarinola co la lengua napolitana”. The writer, in the book, explains a method that is very close to the current one (including aubergines) except Parmesan which was not popular yet in Campania at that time.

Despite the real facts and the very similar recipe, parmigiana di melanzane could have probably older roots thus would be useful to look at the issue from a different perspective.

Aubergines are originally from India and arrived in Italy in the XV century thanks to the Arabs. According to that route, it is easier to think that aubergines were available first in Sicily than in other regions. Additionally, taking for granted that aubergines arrived in Italy in the XV century, the facts from Campania and the theory related to the parmesan in Emilia Romagna would be unrealistic.

The various versions of the origin of parmigiana di melanzane have implied uncertainty about the official recipe and have led to different opinions also regarding the ingredients or the ways of cooking. Some people prefer don’t fry the aubergines and just grill them; others replace mozzarella with other kinds of cheeses like provola; someone else adds ingredients such as eggs, mortadella, sausage etc.. Although there are plenty of different versions the following one is considered to be the classic by most italians.

Firstly, to make a tomato sauce it is needed only onion, oil, basil and passata. The aubergines have to be cut (0.4;0.5 mm thick) and placed in a tray with salt and pressed by some weight for at least an hour to release the bitterness. Then, once are dried, the aubergines have to be passed in the flour and fried until are crunchy but not burned. Afterwards, has to be put a little bit of tomato sauce on the bottom of a tray proceeding with the first layer of aubergines covered with sliced mozzarella, grated parmesan and tomato sauce. According to the personal preference, more layers can be added and the food is ready to go in the oven at 180 degrees for 30 minutes.

The result is an explosion of flavours and textures due to the intense taste of the ingredients and the different cooking methods. The presence of tomato, mozzarella and fried aubergines can make this dish quite difficult to pair with wine but, generally speaking, something fresh and fruity will work.

A great wine pairing, for instance, can be made with Disira 2020, the Merlot/Syrah produced by Baglio Diar which is very fresh and fruity also due to the short vinification period only in stainless steel tanks. Hence this medium-bodied wine matches the savoury taste of parmigiana di melanzane without overwhelming it but rather lifting its powerful flavour by crisp acidity. The low tannins, the moderate alcohol and the fresh red cherries aroma express a very delicate mouth feeling that can’t clash with the food and leaves on the palate a pleasant long fruity finish.

Overall parmigiana di melanzane, disregarding the origin, has a unique powerful taste that can’t divide but rather has to bring people together at the dining table. In fact, aubergine represents a common ingredient among the Mediterranean countries. Moreover, mozzarella, tomato and basil celebrate Italy as a country not only for being representative elements of that cuisine but also because all together gather the colours of the national flag.